I liked my zippered leaders for a long time---don't get me wrong. They work well, and I think if you do a lot of quilts where you take one quilt off to "zip" on another quilt to do custom quilting so that you can do edge to edge quilting on another quilt project, and you have multiple quilting projects going on-- zipper leaders work really well.

I just got tired of this routine.  I had at one time tried the Renae Haddins' Red Snapper system, but for the life of me, I could not (and neither could my strong armed husband) ---get those Red Snapper grippers to clamp over the Red Snapper rods inside the leader fabric casings.  We tried for weeks in hopes they would loosen up a bit. But, it never happened. Renae was very good about a refund. Maybe the problem we experieced was our fault or the product has changed. I hear good things about this gripper system as well.

Now, years later all zippered out--- I was looking for some type of gripper system that could possibly work for me.

I heard about "Leader Grips", watched some You Tube videos on the product and thought about it for a few weeks.  I actually found myself avoiding machine quilting because it meant I had to sew on the zippered leaders. I know that sound lazy, but that's how I felt----

I decided to order the Leader Grips. If all else failed, I would return them. They arrived in less than a week. All was not well the first two times I attempted to clamp them onto the leaders. I thought, oh-no, here we go again.

I started to analyze why the quilters, like Matt Sparrow aka: ManQuilter using the Leader Grips  in the video was not having the problems I was experiencing. I concluded it had to do with the channel or hem in my leaders plus the long measuring tapes I had also sewn onto the leaders that was in very close proximity to the hem or channel. The leader grips were bumping into it.

So, I removed the measuring tapes. I never used them anyway. I used the center marks I had Sharpie penned into the fabric instead.

Following the Leader Grip video instructions once more---Success! The Leader Grips went on smoothly! I press them on with the heel of my hand. I am very pleased with the Leader Grips and have completed 3 quilt tops in 3 days! No more procrastination or contemplating or mental block about loading a quilt backing onto the long arm.

Yay! I can load my quilt backing in about 15 mins. now. I'm sure I'll get even speedier with time.

Here are some photos of the Leader Grips on the quilt backing I loaded today. Number Four quilt! 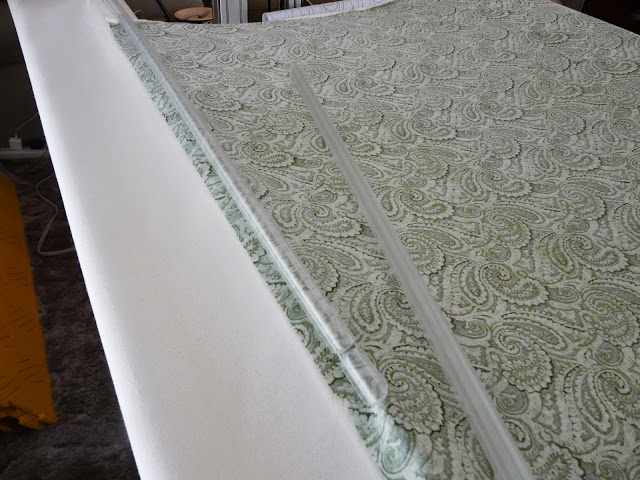 Leader Grips on the front leader. One small gripper holds the center of the quilt in place while I put the the two longer grippers in place over the fabric. 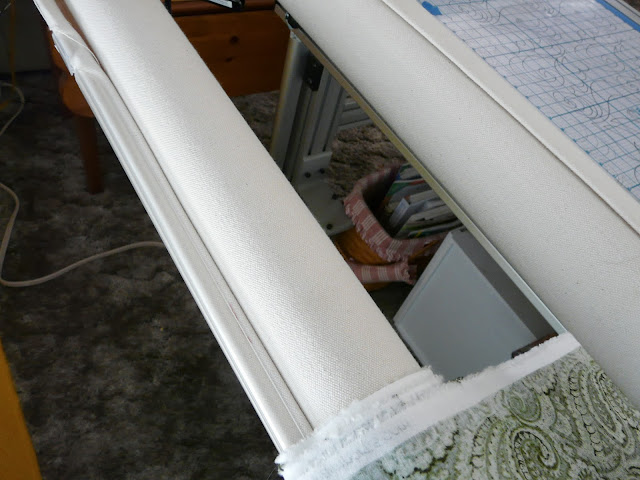 The extra length of Leader Gripper plastic sleeve extending beyond the quilt backing that is loaded and rolled onto the long arm roller. 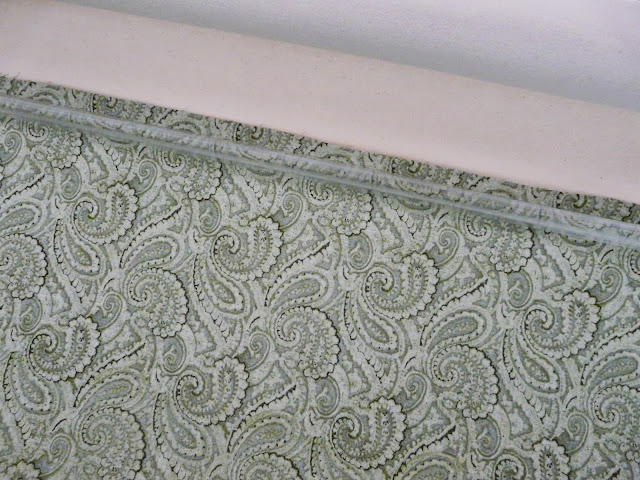 The Leader Grips holding the fabric in place on the take up roller. 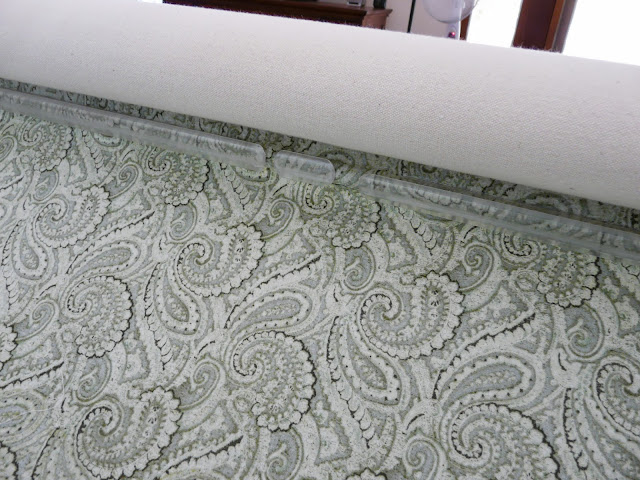 The small Leader Grip indicates the center of quilt backing and holds the fabric in place on the leader  while I insert the longer Leader Grip clamps in place. I leave the smaller gripper in place. 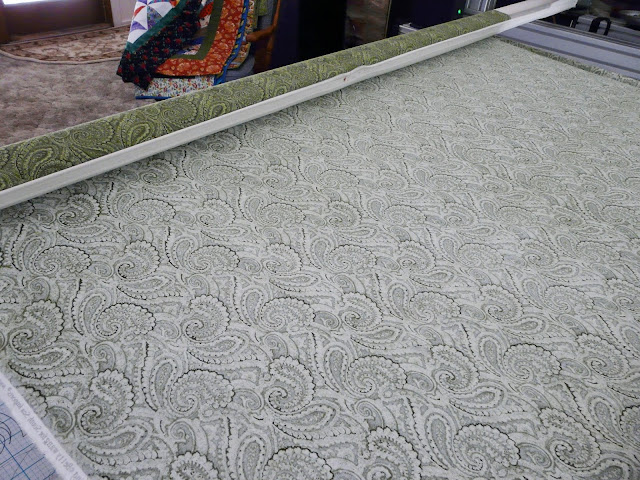 
I purchased the 8 ft. two leader system because I float my quilt tops and don't use the 3rd leader 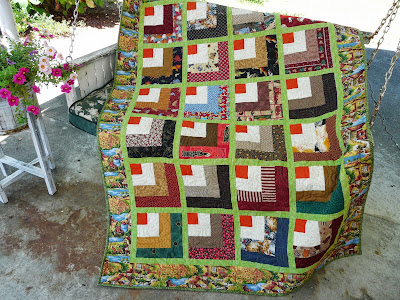 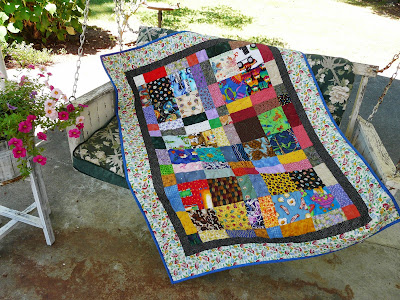 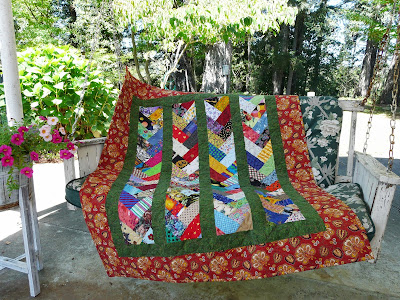 Leader Grips to the rescue!

I love my leader grips - they make loading and unloading a breeze once you get the hang of them. The only problem I've noticed is needing a few inches more in the backing length - well worth it!

I'm glad you found a method that works well for you. It's nice to clear a hurdle and start using the machine again. My last hurdle was a mental one - fear of messing up a complicated idea. Once I took it slowly, it worked out just fine.
I bought the Mondo clips from Clip N Seal, which look very much like what you're using, and have used them for a few years now. I'm very happy with them. Prior to that, I pinned and occasionally snagged my shirt on the belly bar pins.

Where can I buy leader grips? Also, what size dowel do I need to add to my leader?