What's on the Long Arm 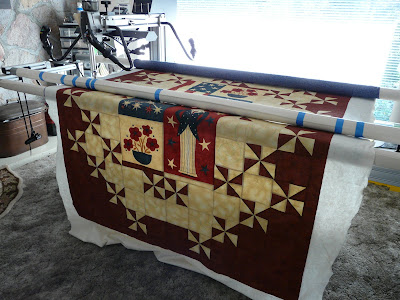 I received this beautiful Quilt of Valor top from Deanna in So. Calif weeks ago. I'm way late finishing the quilting on it. I will probably have a hard time sending it back to her as it's such a lovely quilt. However, I know it is going to a deserving wounded warrior. Deanna did such a fantastic job designing & piecing it, and I wanted to add some special quilting using the Circle Lord mini Ginkgo disk in some of the blocks. The Circle Lord is such fun to use, and easy too! 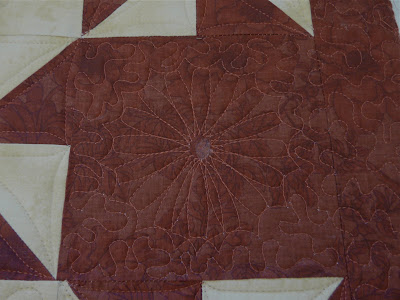 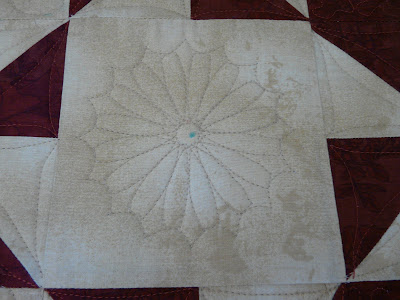 There is a flag block 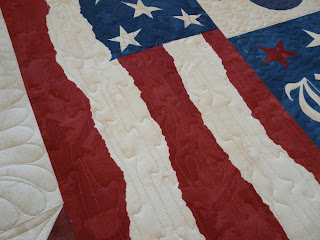 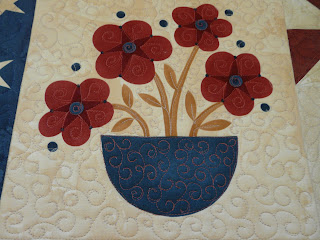 A lot of open space for some feathers 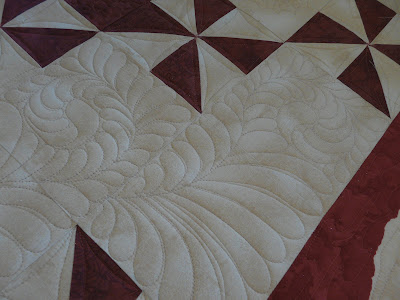 Deanna did a wonderful job of fussy cutting the patriotic fabrics and adding the pinwheel blocks in just the right areas of the quilt top. There is even a tall Uncle Sam block and more pinwheel blocks down at the bottom edge. I'm finishing this up today, more pictures later.
Edit: A few people have emailed me about the long arm. I love my long arm! It's a 24" arm Prodigy Quilter on a 10' frame. It's a year old next month. It resides at one end of our living room.

It's just lovely Angie, what a wonderful job quilting you've done on it! I agree, the Circle Lord is wonderful!

OK, so i just saw this quilt that Deanna made and you quilted, in person... I am in her Monday night class and when she got up to share the quilt, everyone was amazed on how beautiful it is. She cranks them out every week or other week, don't know how many she's made to date. I couldn't believe it was a panel, by the way you quilted it!! I love the quilt and your quilting!... I will be emailing you about my own tops to be quilted!! Thank you for also contributing to our men/women of honor! Cheers from California